Whether it is the affordable Galaxy M series, Galaxy A series or Galaxy F series or flagship Galaxy S series, Samsung never compromises in its offerings. Over the past few months, we have seen the smartphone manufacturer launch new phones under each of these series at regular intervals. Each of these devices are unique in their own way, while one stands out with its design, the others offer top-notch spec at an aggressive price point. Also Read – Samsung’s another affordable 5G phone, Galaxy A22 launching soon, receives SIG certification

Unfortunately, India just gets the 4G model of the Galaxy A72 while the global market has both 4G as well as 5G version. For now, we will take a look at the 4G model that I have used for nearly a month. Most of the recently launched Samsung devices get the design right and I have the same to say about the Samsung Galaxy A72 as well. Just like its toned-down version aka the Galaxy A52, the Galaxy A72 offers a trendy design. The Galaxy A72 looks clean with four image sensors fitted inside a vertically placed rectangular camera module followed by the Samsung logo at the bottom, barely visible, on the back panel.

On the front, the phone includes an Infinity O display and minimal bezels that provides more screen space, which is great news for the movie buffs and gamers out there. When compared to several other phones available around Rs 35,000 price bracket, the Samsung device, undoubtedly, stands out from the crowd in terms of design.

The matte finish on the backside is what I really like and bet most of you will love too. In summer, my hands often tend to sweat, but thanks to the matte rear panel design, the Galaxy A72 offered a good grip and never slipped off my hand. The side edges, I believe, could have been better constructed. All in all, Samsung has managed to balance the overall design of the Galaxy A72.

The Galaxy A72 also offers a good build quality but the size of the phone is where the problem lies. It is just too big, especially for people like me with tiny palm. The Samsung Galaxy A72 offers a screen as big as 6.7-inches in size. It often gets difficult to use the smartphone with one hand. I do wish that the Galaxy A72 was slightly more compact and fitted perfect in the jeans pocket. With the current measurements, it struggles. While the design has its own set of pros and cons, the display is where the Samsung phone ticks all the right boxes. The massive 6.7-inch FHD+ Super AMOLED display gets just so bright in almost all lighting conditions, even under the scorching sun.

I do like the fact that the bezels on the phone are minimal and that ensures a bigger screen space. This means, gamers and influencers as well as movie buffs are going to love the Galaxy A72’s screen. The icing on the cake is Eye Comfort Shield that lowers blue light and does not let your eyes affect as much. Be it daylight or at night, Samsung Galaxy A72 was able to capture every little detail. The smartphone includes a 64-megapixel primary camera, 12-megapixel ultra-wide lens, 5-megapixel macro camera, and an 8-megapixel telephoto lens. In each and every scenario, the Galaxy A72 captured stunning details, but somewhere I believe the macro camera performance could have been slightly better.

The primary camera managed to capture every little detail regardless of the time of the day. The Samsung Galaxy A72 not only manage to get the details right but also colours. In some rare scenarios, colours in photos captured with the Samsung phone popped up bright or looked too unnatural. Most of the time, the colours appear to be true to natural shade. The best thing is you will never need to edit photos clicked with the Samsung phone before sharing on your social media such as Instagram or Facebook. 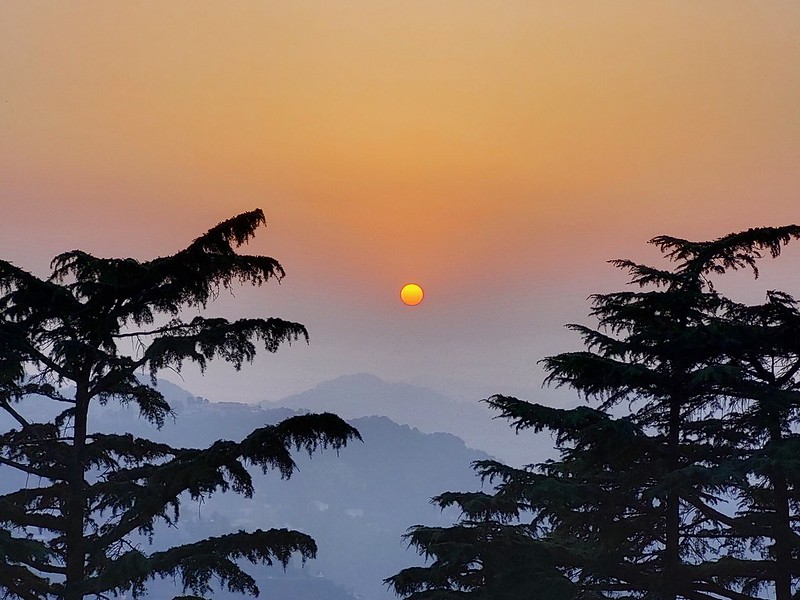 Pictures clicked with the telephoto lens also show stunning results. Despite zooming into the object, details are rarely missed, which is barely seen in a phone at this price range. Macro camera performance is where I believe Samsung could have put in a little more effort. In this mode, oftentimes, the details are missed, and the camera suffers focusing on the subject. Possibly an OTA update to fix the issue might help here.

In low-light too, the Samsung Galaxy A72 delivers good results. Photos clicked in low-light situation appear with a good detail but the night mode makes them look much better in comparison. With the night mode on, the low-light pictures look better and brighter in comparison. I also like how easy the camera app interface in this Samsung phone is, all options are readily available right on the screen and you will never have to search for camera modes.

Coming to the front camera, the Samsung Galaxy A72 includes a 32-megapixel front camera sensor fitted inside an Infinity-O notch, which is one of the smallest I have seen in any phone so far. As far as the front camera performance is concerned, selfies tend to add that extra layer of beautification even in no-filter mode. Now that’s something I don’t like, but many of you would. Influencers and social media enthusiasts are going to love the selfies the Samsung phone clicks as they don’t require edits at any point in time.

Samsung Galaxy A72: Performance and Battery

This is one area where I believe the Samsung Galaxy A72 could have been better given the tough competition available in the market at this price point.

I have used the Galaxy A72 for nearly a month as my primary device for daily activities, starting from making calls to sending emails and browsing social media platforms. The phone could handle these everyday tasks with ease but sometimes the phone lagged. At times too many apps running in the background slowed down the phone and there were touch issues as well. The good thing is, despite doing so much on the phone – multitasking, clicking innumerable pictures – the Samsung device never heats up. The Galaxy A72 was able to handle basic games with ease but the case was different with heavy graphics games. While playing Asphalt 9, the phone did heat up sometimes and stuttered as well. That was never the case while playing games such as Temple Run and Subway Surfers. Overall, if you are an avid gamer, this may not be a good option for you to consider.

Coming to the battery now. The Samsung Galaxy A72 was able to last for one full day with heavy usage including playing games, sending emails, outgoing and incoming calls, browsing social media and more. So, the 5000mAh battery does a good job there. What disappointed me was the 15W fast charging in the box, while the phone comes with 25W fast charging support. The charger included in the relax box took close to an hour, 56min to be specific, to fully charging the smartphone.

Samsung Galaxy A72: Should you buy?

If I keep aside the price tag of Rs 34,999, the Samsung Galaxy A72 is a really good smartphone to consider. It offers everything, starting from trendy design, solid set of cameras, good build, average performance and long-lasting battery life. Overall, the Galaxy A72 4G smartphone gets most of it just right.

So, should you buy the Samsung Galaxy A72? Well, I would have easily recommended the Galaxy A72 if Samsung had gone for a slightly lower price tag. The price of Rs 34,999 for this one looks a little on the expensive side, in my opinion. However, if you have the money to spend, go grab this one.